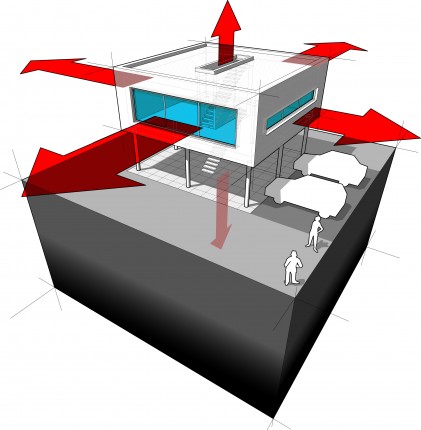 ‘Smart” is loosely applied to advances in technology these days. For all the smart phones, smart cars, smart water, and yes, smart forks (towards the bottom of Matt's CES review), ‘smart’ windows may seem like a stretch. They aren't.

Researchers in Berkeley, CA, have designed a new type of window, or rather a new material to add to a window, which makes windows more energy efficient. Delia Milliron and her team at the U.S. Department of Energy’s Lawrence Berkeley National Laboratory, designed windows with a thin coating of nano-crystals, which makes windows so much smarter.

The new technology is an electrochromic material, made from these nano-crystals (indium tin oxide + a glassy matrix of niobium oxide) which can either allow or prevent both visible light and near-infrared light (NIR), which produces heat, to pass. Not only that, but the material allows windows to let in visible light while keeping out NIR light. With a small jolt of electricity, these windows dynamically affect what we see and feel from inside our homes. Also, the nano-crystals are too small for human eyes to notice, and thus the clarity of the window is not affected.

What it means for you.

Berkeley Scientists Howdy Goudey states, “Energy lost through windows represents 4-5% of the total US energy consumption.” I recently used two DicksonOne devices to monitor the temperatures around my desk. I put one logger by my window, and one 10 ft away from my window. The logger next to the window showed temperatures which fluctuated on average 7° greater than the logger 10 ft away from my desk. Windows let in and let out heat. These new smart windows can dynamically block out the heat that comes from NIR light, which allows buildings to use less energy, both on lighting and on heating and cooling.

No more wandering around the dark with the shades pulled to conserve energy. You can have natural light while still being cool. You can darken your environment while still letting in heat.