Temperature Affects Stroke Risk: What Do We Do About It? 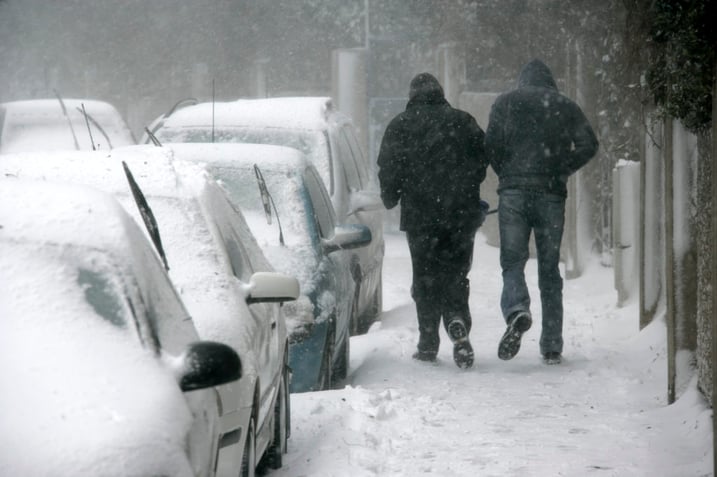 As you may have heard in the news this week or last, large temperature fluctuations, colder temperatures, and higher dew points may increase a person's risk of stroke.

Per a study presented at the American Stroke Association Meeting Report by Judisth H. Lichtman, Ph.D., MPH., and Associate Professor in Epidemiology at the Yale School of Public Health, Lichtman and fellow researchers found that the colder the temperature, the larger the daily temperature changes, and the higher the average dew point—the greater the risk with an ischemic stroke.

To summarize, the study used a sample of 134,510 adults (age 18 and older) admitted to hospitals from 2009-2010 for ischemic stroke. They then cross referenced those names with temperature and dew point data from that time.

What they found is a little staggering. Stroke risk fell 3% with every 5F increase in temperature. Additionally, they found that large temperature fluctuations and increased dew point (related to humidity) were tied to stroke hospitalization increases. You can read more about the study here, and get Lichtman's quotes to the AP here.

The next question is a little obvious: what do we do with this data? While no direct relationship between temperature changes/dew point and stroke risk has been established, the inklings of an association are present: blood vessels constrict in colder weather, causing blood pressure to rise. Large temperature fluctuations cause stress on the body, and as humidity increases, so does dehydration.

A temporary solution for those at-risk for stroke should focus on risk-aversion and temperature/humidity control, not only the latter. What if hospitals and patients were alerted every time temperatures outside and indoors dropped to unsafe levels? What if you could see trends in temperature and dew point over time, including when a large temperature fluctuation may be increasing your risk of stroke, and it's probably better to stay warm or cool indoors? Yes, this "solution" would allow for you to check The Weather Channel less, but it would also allow healthcare professionals and their patients to better monitor the surrounding environment, and thus help eliminate one cause of stroke.

In an ideal world, we would soon have quantifiable results of just how large a daily temperature decrease or fluctuation would have to be to severely increase the risk for specific individuals. Also in an ideal world, hospitals could give out temperature and humidity monitors and data loggers to their patients. One for indoors, one for out, which could alert them to large fluctuations, decreasing temperatures, and high dew points on a micro-level.

Dr. Litchman's study should illuminate for the healthcare industry a table full of possibilities. At one place setting is further research, and at another is stroke prevention through temperature monitoring. Strokes kill approximately 130,00 Americans each year, which according to the CDC is about one American every four minutes. That's an average. More Americans die in the winter than the summer. Let's help those struggling to stay warm a bit. Data Loggers with alerts are a tangible solution for hospitals, patients, and research labs.

If a temperature fluctuation of 5F increases stroke risks by 3%, then when the temperature drops one night from 40F to 10F, that's a 18% increase in someone's risk for stroke. Shouldn't high-risk individuals be alerted of that?

Back to that ideal world: 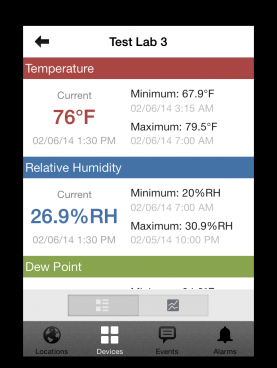 A wireless monitoring system that could send email, text, and call alerts to those patients (and patient's family, caregivers, and healthcare providers) whose home temperatures dropped to unsafe levels at night, or whose humidity increased quickly for any number of given reasons, would be good, right? Such a thing does exist. It's DicksonOne.

DicksonOne is a wireless temperature and humidity monitoring system is a solution for the problem Litchman's research uncovers. If every hospital bed with a stroke patient, and every at-risk stroke patient currently in their home had two temperature and humidity monitors, one for inside and one for out, strokes may be prevented. Turning up your thermostat does not alert you to the temperature in your bedroom at 2AM, and it doesn't alert you to a door being left open, and it probably hasn't been calibrated.

With the onset of wireless remotes, Nest Labs, and wireless in-home control, the ability to get real-time updates of the environment around us isn't the stuff of sci-fi movies anymore. With the touch a finger, with the plugging in of a data logger, those at-risk for strokes could be better helped.