As we continued walking the floor, we found another company that's focused on water. Few companies here are as focused on the resource than Xylem. Together, they ask, let's solve water. 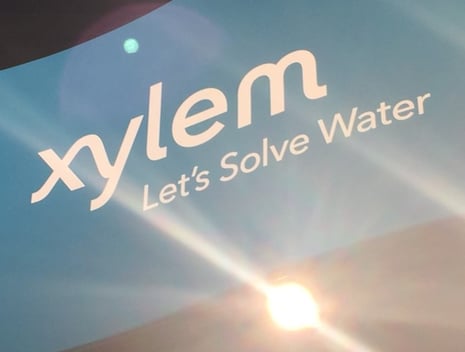 One of the products they are displaying this week is their Total Organic Carbon (TOC) Analyzer. It employs high temperature combustion in order to oxidize and convert organic compounds into carbon dioxide for the purpose of measurement. The device allows those with interest - like townships, municipals or businesses - to monitor their water supply on a regular basis to ensure that the TOC levels aren't above acceptable levels.

A product like this could have helped prevent the 2014 water crisis in Toledo, OH. During the dilemma, poisonous algae contaminated the local water table forcing the city to issue a "Do not Drink" order. This was caused by microcystis algae blooms that were created primarily by phosphorus from farm fertilizer runoff. The Toledo Blade does a great job of chronicling the timeline of the event from start to finish.

The New York Times went on to look at the issue surrounding Toledo on an even grander scale. Within the article they look at how contaminated Lake Erie had become, because it was a major factor of the Toledo crisis. This is a major issue. We've already discussed that only 2.5% of the world's water is fresh for drinking. Damage to one of the Great Lakes is damning to the overall amount of freshwater availability because they make up approximately 21% of the world's freshwater by volume.  If we are unable to take care of that water, issues will only continue to grow more severe.

Luckily, Pittcon is full of companies like Xylem this week. Now, we're able to track changes to the ecosystem so that steps can be taken to remedy any issues that arise. In time and through cooperation, hopefully, water is a resource we truly can solve.

Water. It's arguably our most valuable resource. Unfortunately, it's also becoming one of our scarcest. On a planet planet that's surface is 71% water, that can be hard to believe. Once you realize that only 2.5% of it is actually fresh, drinkable water, though, you can understand why there are so many places on the planet that face a shortage of the liquid.

It's been an often discussed topic here at the convention this week, and there are a lot of companies and research projects that have dedicated considerable time to the issue. We took some time to talk to some of the researchers on their findings. 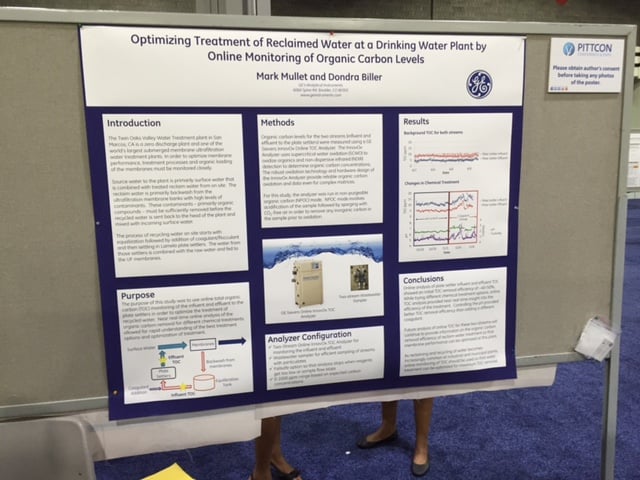 GE is working on a product to allow them to do a better job of recycling surface water for human consumption. Some filtration plants use a cycle that runs surface water through a number of membranes in order to filter unwanted organic carbon from the liquid so that it is optimal and safe for consumption. Eventually, they run backwash through the system in order to clean the membranes, and the water is siphoned off for recycling. This new product allows the plant to introduce new proteins to the cycle in order to clean the environment in a more efficient way. It allows for quick testing, and transitioning when different protein additives work in different manners. This not only increases efficiency but it allows the filtering membranes to last much longer because they aren't required to filter as much of the organic carbon which has a tendency to degrade the filter in a much quicker manner.

Ocean Optics, a company that's expoing here this week, was founded in order to monitor ocean acidification. The company has expanded into a number of endeavors, but one that caught our eye was based on oil spill detection. They're using florescent measurement in order to recognize oil that's collected on the surface of the ocean. When the probe senses the oil, it logs the occurrence and transmits the data so that it can be recognized. This allows us to track the movement of the oil through the ecosystem so that ongoing effects can be tracked and hopefully cleaned from the environment. Below you can hear the full interview that we conducted on the topic.

Check back tomorrow as we explore some additional story lines here in Atlanta, and don't forget to visit us at Booth 3824, if you're onsite!

All are major names in their perspective categories and, for at least the next few days, all of them call Atlanta home. That's where we find ourselves this week too as we scout what's new in the world of laboratory science.

Pittcon itself is known as the world's largest conference and expo on the field, and the expo floor itself is packed with exhibitors of all kids to showcase everything they have to offer. The conference covers a variety of topics including subjects like biomedical and electrochemistry.

It's audience is made up of all laboratory scientists. It provides value to anyone who identifies, quantifies, analyzes or tests the chemical or biological properties of compounds or molecules, or who manages these laboratory scientists. While the convention was initially rooted in analytical chemistry and spectroscopy, Pittcon has now evolved to include life sciences, pharmaceutical discovery and QA, food safety, environmental, bioterrorism and other emerging markets.

For more on the conference visit the Pittcon website. For a schedule of events, see their conference guide.

Join us over the next several days as we bring you snippets on everything it has to offer, and, if you're on site, don't forget to stop by and see us at booth #3824.