Last week we discussed the importance of vaccination on life expectancy and began to talk about how deeply it can impact the quality of a child’s education. If kids aren’t vaccinated they risk illness for themselves and others. not only missing  In parts of the US, absenteeism is factored into the formula that determines a school’s funding. For example, It’s been estimated that public schools in San Diego County in California lost out on $95 million between during the 2010-2011 school year because of attendance numbers. Were it not for programs like VFC, more days would be missed in low income, unvaccinated areas and more money would be lost to children in  those schools. This is doubly important when you consider that nearly half of a school district’s funding comes from the state so missing out on this major source of income is a huge impact.

According to the Center for Public Education most districts across the country have been forced to make drastic cuts because of ongoing budget shortfalls. This has affected many systems differently, however one such example was recently made public by Muncie Community Schools in Indiana. On April 26th, the Superintendent of Schools announced that his school system is projected to have a budget deficit of nearly $38 million by 2019 without immediate action to reduce expenditures.

While the school hadn’t yet decided how to eliminate its shortfall the Center for Public Education has looked at some of the most common cuts that schools across the country have had to make over recent years. The list is as follows:

The local school system in Muncie isn’t the first to face major budget crunches and, with the way funding has gone, it certainly won’t be the last. According to the Center on Budget and Policy Priorities, at least 31 states provided less state funding per student in 2014, than in 2008. Below you can find a chart that illustrates the changes that have occurred by state since ‘08. 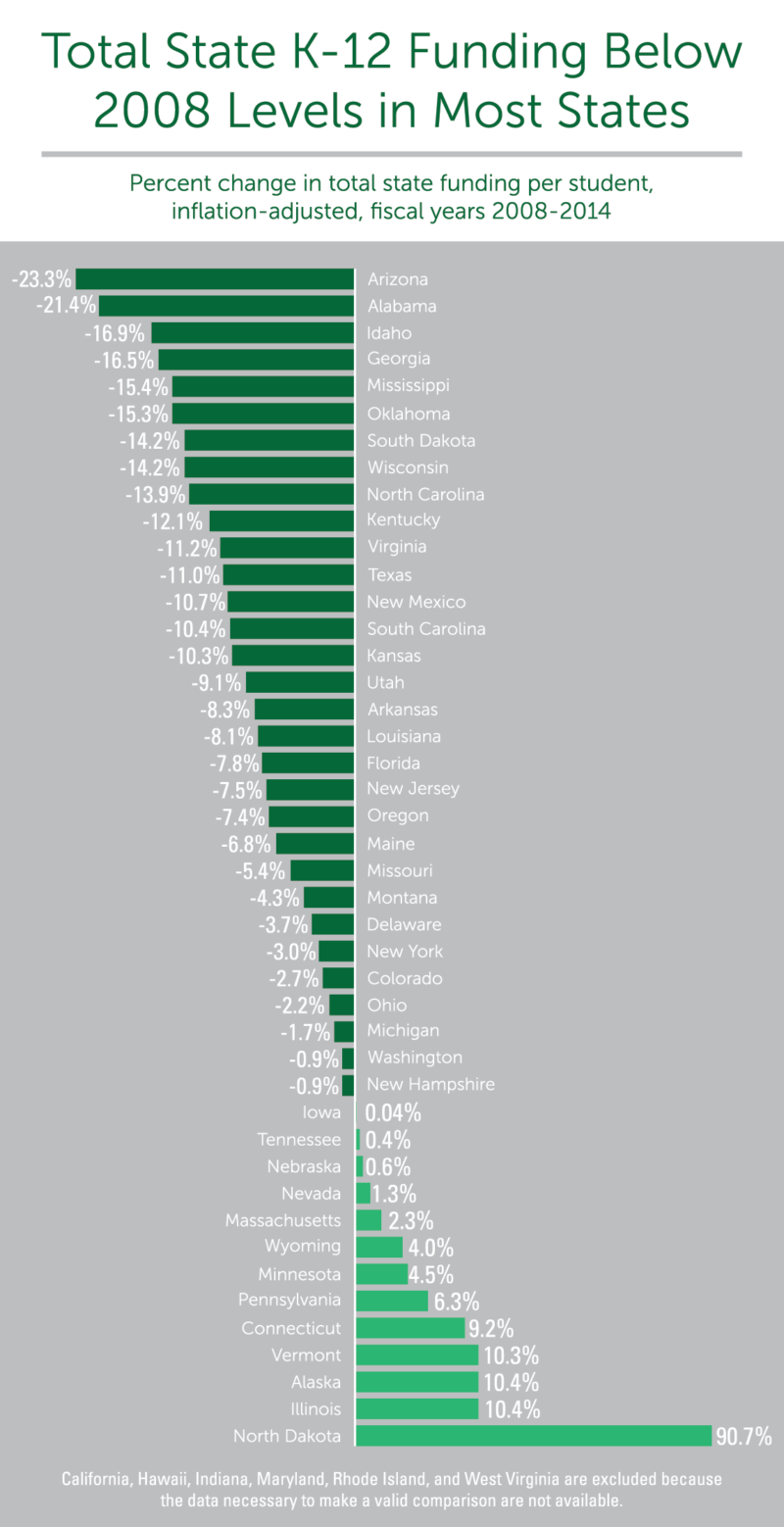 Law Street Media, a publication that is written by and for millennials, explored the effects these kinds of cuts can have on students. According to their research the cut of programs due to budget shortfalls, fine arts programs specifically, has shown to have a direct impact to a student’s performance in class and their likelihood of reaching graduation. Here is an excerpt from their published report.

Students who took four years of art classes scored 91 points higher on their SAT exams than those who took half a year or less. Multiple studies also confirmed that there is a correlation between art engagement and students’ other achievements. Students who regularly participated in art classes were four times more likely to be recognized for their achievements.

It may not surprise you based on those numbers, but art programs can also have a direct impact on a school’s graduation rates. In fact, the Center for Arts Education noted in a 2009 report that schools with solid art programs had higher graduation rates than those that didn’t.

Programs like VFC may have made it more difficult to keep auditors happy, but at the end of the day asset protection is the single most important thing on all of our minds. When we’re talking about vaccinating children and keeping them safe, we have a chance to look at the bigger picture of how our assets affect those that are most important. At the end of the day, if we all do our jobs well, it’s our kids that get to cash out. 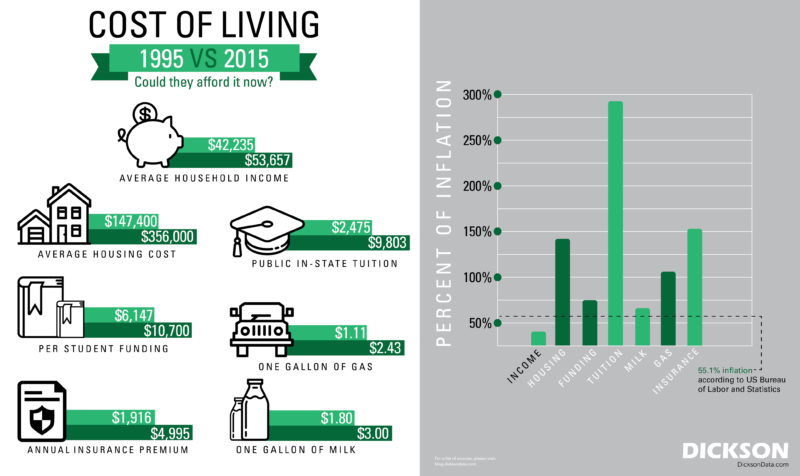