Advancing Alzheimer’s Treatment: A Promise for the Future

Many people have a connection to Alzheimer’s in some way. After all, the memory disorder affects over 43 million people worldwide. For anyone who has witnessed the disease firsthand, the impact on quality of life can be devastating. It’s no wonder, then, that so many resources – funding and personnel – are dedicated to researching potential cures.

As a progressive disease, early symptoms of Alzheimer’s can be minor, but they quickly worsen over time. According to the Alzheimer’s Association, symptoms are caused by the continued death and destruction of nerve cells in the brain. But the human brain is a complex organ, and the true cause of this death is still being researched. Over recent years, scientists have identified the two most likely sources: 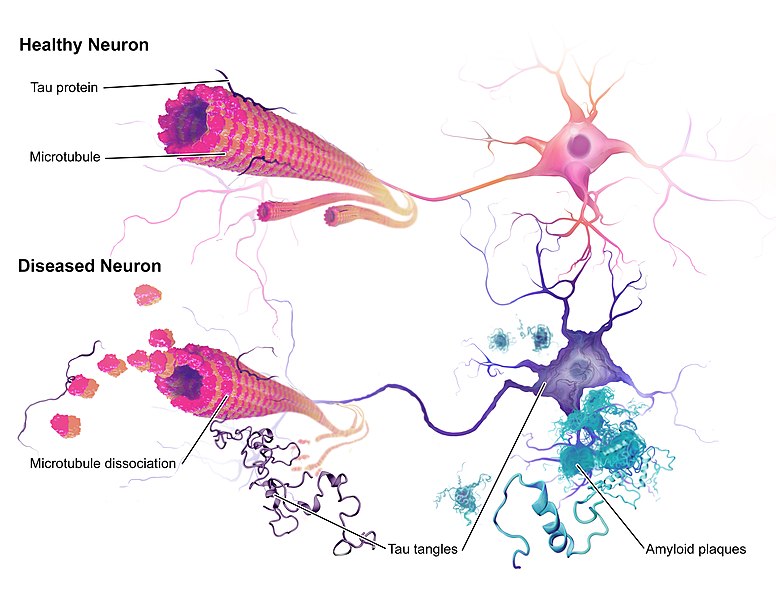 Much of the research focus across the world is dedicated to finding ways to correct the issues at these two sources. A recent groundbreaking study at the University of New Mexico addressing the second source, the buildup of tau tangles, may be paving the way towards human Alzheimer vaccinations. The study explored methods of preventing tau tangle formulation, potentially preventing brain cell death and ceasing progression of the disease.

In the study, researchers posited that by introducing virus-like particles (VLPs) to the body, its own immune system would respond and eliminate the harmful tau tangles. The mice in the experiment who received the VLP vaccine performed significantly better than unvaccinated mice in a series of maze tests. Amazingly, the positive response caused by reduced tau tangles lasted for months in the vaccinated mice.

This result holds significant promise for the future of Alzheimer’s treatment. The next step is to create a clinical version of the vaccine designed to work in humans. At that point, researchers will then to conduct a small clinical trial to determine the medicine’s effectiveness in people. If successful, the process would then move to larger trials and eventually be vetted by the FDA for public availability.

While the entire process could take several years, the potential for reversing the neurological effects of Alzheimer’s brings hope to the millions dealing with the devastating disease, and the loved ones who watch them suffer.