Together, we walked out the back door with a bag of chocolate covered coffee beans in our hands and a grin on our faces, not realizing that we had left our notes, some unused products, and some calibration certificates back in the factory.

We let out an ecstatic giggle.

A few moments later, my co-worker, Ajooni, realized that in our excitement, we had forgotten to pick up our materials, and we would need to head back inside.

I circled the loading bay, hopped up a mini ladder, and walked through the back. I was curious if I would be stopped, told to leave, asked for credentials, or generally told to go away. I was dressed in casual attire, a blogger wanting to write about the inner happenings of a confectionery factory. A Willy Wonka fan writing for work, sure, but also to feed his sweet tooth.

I was stopped, but it was by a nice women, dressed like a cashew-roaster should be dressed: White button up chef's shirt, white pants, and a hair nut that I had found out earlier was surprisingly comfortable to wear. When I told her what Ajooni and I had left behind, she kindly motioned me to the refrigerated room that I would have never been able to find myself, but where I had been only a few moments earlier. I quickly grabbed our materials, and headed towards the cooler door. Before I pushed the light, swinging-and-sealing doors open, I took a moment, and gazed around the cooler one last time. My eyes feasted on the boxes of soon to mixed materials: raisins, cashews, chocolate bars, coffee beans, peanuts, and Cajun spices. Then, I turned to Dickson's Touchscreen Logger, mounted in the cooler, between the door and the North wall. There it sat, reading a temperature around 40F. Pleased it was working, happy I hadn't screwed anything up, and a little tired from being up so early (the chocolate covered coffee beans would soon help with that) I walked back out of the factory, grabbed a still-trying-t0-find-her-way-in Ajooni, and headed back to the outside world. 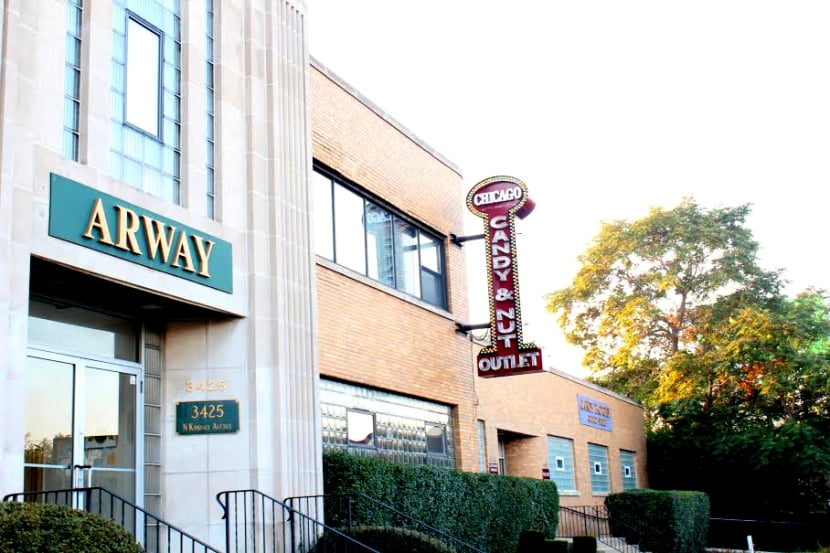 Arway Confections sits at the corner of Kimball and Avondale Avenue, in the Avondale neighborhood of Chicago, America's Windy City.

Sometimes in Windy Cities, as summer approaches fall, and bleak, oyster-colored Mondays beg for an office fireplace instead of fluorescent lights, there are some figurative hearths that appear in odd places. Or at least, unassuming ones.

Arway's outside walls are unassuming, it's shell is subtle; the opposite of a Hostess snowball. When Ajooni and I first sauntered up to it, we weren't exactly sure where to enter. The office didn't open until 8:00am, and the gift shop didn't want us there until mid-morning. It was 7:00am, on a Monday, and we couldn't find our way in.

We were there first and foremost to troubleshoot one of Dickson's Products. Eating chocolate was a second reason, and a close second, trust me. A week or so prior to our arrival, Ajooni (an incredible Inside Sales Consultant at Dickson) took a call from a man in charge of Arway's electrical systems and devices. Arway had recently purchased three of Dickson's Touchscreen Loggers, but didn't feel like they were performing as perfectly as Dickson, and Arway, expected.

That man's name was Ronaldo, and he explained his situation to Ajooni: Arway had just set up one of Dickson's Touchscreen loggers, and had snaked a K-Thermocouple wire from the logger, to the middle of their cooler room. The data logger was set up right next to the doors that lead from the cooler room to the rest of the facility, but the end of the K-Thermocouple Probe was directly in the middle of the room, as their auditor had requested. 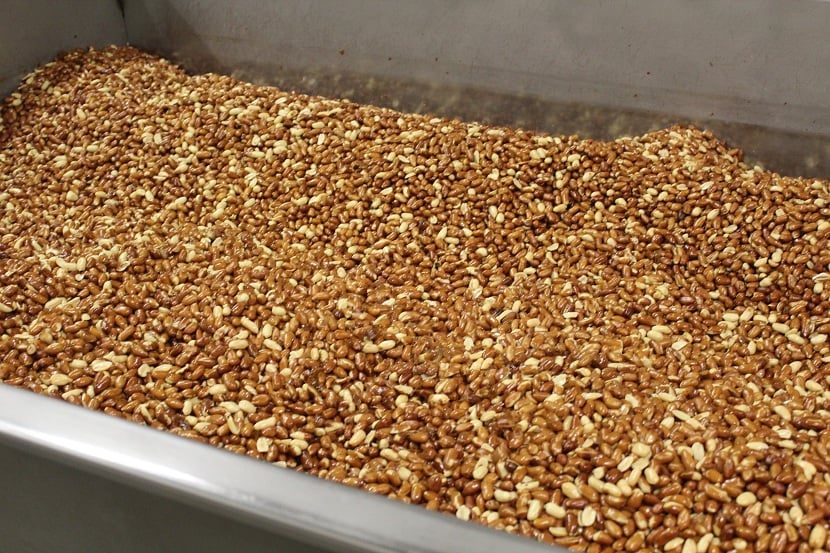 It's not enough to say that Arway takes food safety, "seriously," cause it's much more than that. When we were walking around their facility, everything made sense. The processes and safety measures they took with their candy are exactly what an FDA auditor dreams about. So, when this problem arose, Ronaldo was obviously a little worried, and thus the call to Ajooni occurred.

How do you stabilize temperatures? Why were the fluctuations occurring? Others in Ajooni's shoes may have chalked it up to Arway having a faulty HVAC system, or just not reading their device right. Not us! We spend all day, every day talking with customers about their applications, and we had heard this one before. Not from a food manufacturer, but from people in the vaccine world, who are constantly opening and closing the doors of their fridges, and thus the temperature of their fridges are constantly setting off temperature alarms.

I'm not exactly sure if this was Ajooni's line of thinking, but her experience dealing with temperature fluctuations from other applications drove her to find this particular solution for Ronaldo. 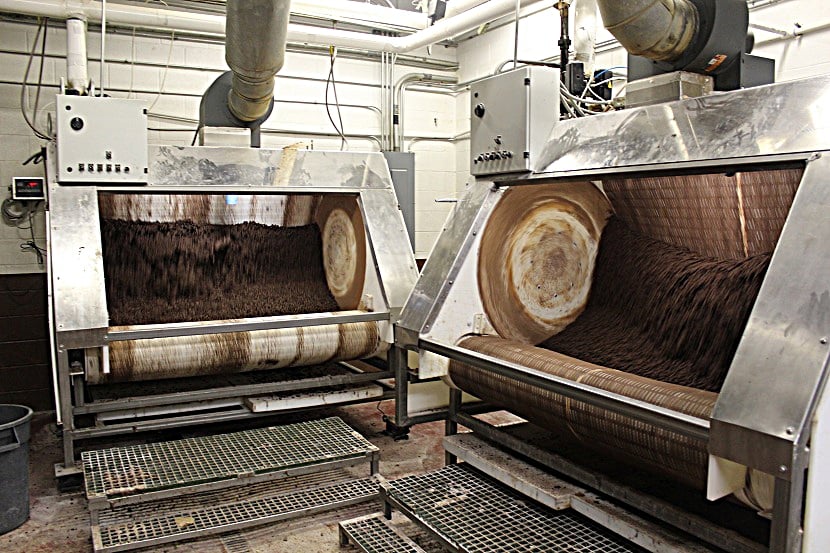 While she was on the phone, providing Ronaldo a solution to his problem, she noticed Arway's address. The company was in Chicago, the Avondale neighborhood of Chicago, to be exact. Ajooni lives only a few blocks from their address, and I only live a few blocks as well. So, she said to Ronaldo, "Instead of shipping these to you, I can just deliver them, install them, and troubleshoot anything else in your facility!" Ronaldo liked the idea, and Ajooni dragged me along because it was a neat application use of our product, and because I love chocolate.

A few days later, I was inside a chocolate factory, staring at a Dickson Touchscreen and trying to figure out exactly why the temperatures of the particular cooler I was standing in were varying so much.

What we found, was that the center of the cooler was also directly across from the HVAC fans, which were on particular air circulation cycles, blowing cold air directly on the end of the K-Thermocouple Probe. The fans were acting like the vaccine coordinators opening up their fridges, only on the "polar" opposite: instead of inviting hot air into an area, they were acting as windchill on our temperature sensor.

What did we do? Slapped a bottle of Glycol on the end of that temperature sensor, and immediately watched on our touchscreen as the temperature stabilized, right around 40F. Not too cold, and not too hot.

Our time at Arway was awesome, to say the least. If you'd like to learn more about their delectable operation, visit arwayconfections.com.